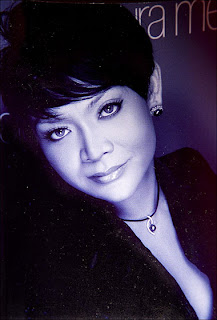 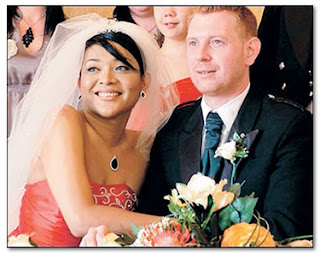 Ian says: "Being a straight man I did have a few concerns about the way I was feeling.

"I wondered if it meant I was gay and I was scared what had happened wasn't right, but I couldn't ignore how I felt."

Fatine also nervous about starting a relationship in a country where transsexuals are often sacked or arrested.

Ian says: "She was disowned by her mother and had encountered a lot of prejudice.

"I began to understand that Fatine and her friends were not a freak show but ordinary people like you or me who just happened to have been born into the wrong body."

When Ian's contract finished five months later he returned to Derby, but he and Fatine realised they both felt strongly about each other. Ian arranged to return to Kuala Lumpur to work, but not before telling all to his mum Patricia.

He recalls: "Mum was fantastic. Having her support was a huge weight off my shoulders."

On his second visit, in October 2007, Ian and Fatine felt ready for a physical relationship.

Ian says: "I was scared about what would happen if sex didn't work. I needn't have worried and it only helped bring us closer. If you love someone, you accept their body no matter how it is."

In December 2008 Ian arranged for Fatine to travel to the UK on a visitor's visa. However, a holiday soon became a long-term stay.

Ian says: "The realisation we could walk down the street together and be happy made it hard to contemplate ever going back to Malaysia.

"I started feeling incredibly proud to have Fatine on my arm."

A month into Fatine's visit Ian proposed and they applied to the Home Office for a Certificate of Approval to Marry. This allowed them to proceed with a civil partnership, which they hoped would support Fatine in getting a permanent visa.

Ian says of the ceremony: "My friends and family turned out to Derby Register Office and their presence was a huge boost.

"Everyone was so supportive. Mum said, 'I've got a son and a daughter now'. For Fatine it was strange to be surrounded by people who were so accepting of her and our relationship.

Ian has been pleasantly surprised by people's acceptance. He says: "There is always a moment of shock on their face when they find out Fatine isn't a woman. Seconds later they accept it, then ask if I'm gay. But, as strange as it sounds, I'd never say I fancy men."

Despite their dedication to each other, the couple's plans to stay in the UK are now in turmoil after Fatine's Leave To Remain Visa was refused in September on the grounds of an incorrect passport photo.

Their second application was rejected because it was received after Fatine's visitor's visa expired. She has now been told to return to Malaysia.

Ian says: "I simply don't accept the reasons we have been given for each refusal of the application.

"Our local MP has even got in touch with the Home Office but they won't budge. They say Fatine has to return to Malaysia, which is something we wouldn't be able to do as a couple.

"Over there we would face imprisonment just for living together.

"We want to do simple things like have a mortgage. We feel desperate, our options are quickly running out.

"Fatine can reapply from Malaysia but who knows how long that would take, or if it would even be accepted.

"We might be different from your average couple but we love each other - and being forced apart is our worst nightmare."

Head of Immigration for the UK Border Agency, Matthew Coats, said: "This applicant entered the UK as a visitor. The rules are clear that a visitor must leave the UK within six months but may reapply for a new visa from their country of origin." 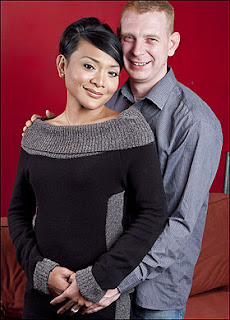 Hey there! I know this is kinda off topic however , I'd figured I'd ask.
Would you be interested in trading links or maybe guest writing a blog post or vice-versa?
My website goes over a lot of the same topics as yours and I believe we could greatly
benefit from each other. If you're interested feel free to send me an e-mail. I look forward to hearing from you! Wonderful blog by the way!

Here is my homepage bmi calculator for women